VEGA AND THE VOLTRONS

Five Galaxy Alliance space explorers named Keith, Lance, Pidge, Hunk and Sven come upon Planet Arus which has been ravaged by the evil King Zarkon's forces. When they arrive, they are captured and taken to the Planet Doom, where they are imprisoned. After their escape, they head back to Arus. After making it to the ruins of the Castle of Lions, they convince the beautiful Princess Allura and her advisor, Coran, to allow them to seek out the five Lions of Voltron. From then on, they are known as the Voltron Force and eventually succeed in driving Zarkon's forces back with Voltron's help. Only together can the five space explorers triumph over the evil Kind Zarkon and emerge as champions of MASLAB 2011. 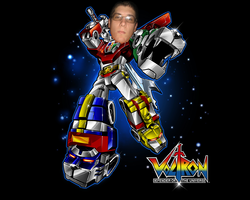