Pre-IAP: Our team met for 30 min on December 9th 2010 so we could talk about ideas and time availability of the team members.

MASLAB DAY 1: Due to problems in flights, half the team could not make it the first day. Rafa and Roberto worked tirelessly against bad firmware and annoying battery clips to make the robot talk to the computer as well as move the robot forward for the first time.

After getting the first checkpoint done, N'Sink came back to Boston and sat down with PeloLoco to discuss mechanical designs. We considered numerous design strategies for a ball thrower but we came across many difficulties and decided to build a dribbling robot first, and then explore the possibility of extending it.

Now off to a good nights sleep!

Worked on the CAD in the morning. We are using a rubber band mechanism as a dribbler and a foot by foot robot. After several flight and health problems our entire team was able to meet for the first time and worked in getting a good prototype done for the the coder to play with. 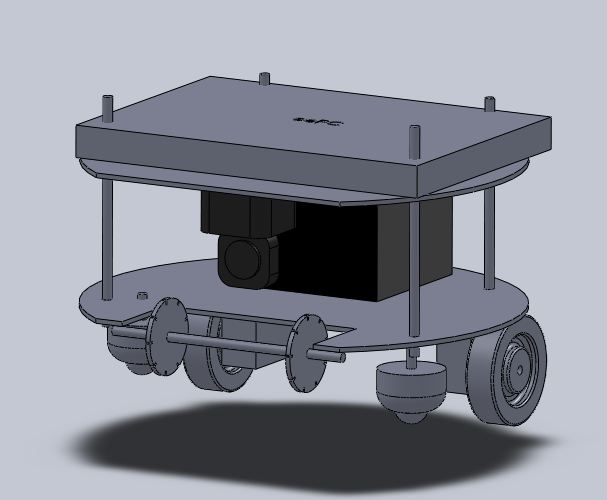 DAY 3 Jan 5th We got together and built a totally new pegbot in lab. We mounted the camera and one IR sensor and coded the robot to back up from a wall using the IR range.

DAY 4 Jan 6th First parts of the dribbler were laser cut. Our two coders are tirelessly working on vision code which is being harder than what we thought. We decided to use as less screws as possible in mounting our real robot to be able to mount it/dismount it easily and quickly.

DAY 5 Jan 7th The lower body for the robot was cut out of acrylic and final design details were finalized for the mounting of the dribbler. Coder figured out the vision code.

Day 8 Jan 10th First Mock competition with our pegbot. The vision code was not implemented in this robot and we navigated via a random walk using the IR sensors. However right before the mock one of the IR sensors broke down and we had to run using only one. The pegbot was able to displace many balls and was also able to hold one ball under its possession. However the way that the wheels had been mounted was not very reliable and one of our wheels fell off. We learned a lot for our next robot.

Day 9 Jan 11th We cut out a bigger and thicker chassis out of 3/8" Acrylic. We also redesigned the way the computer was going to be held in the robot. And for fun we cut out little acrylic ducks that took longer to cut than our chassis. Thus our name the mighty patos. 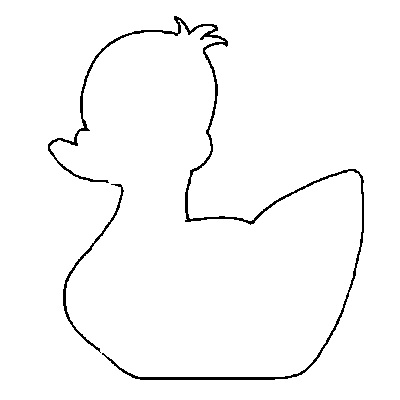 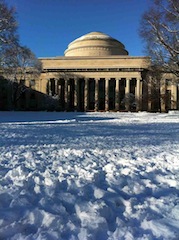 Day 11 Jan 13th Building Day all-day. N'sink and PeloLoco spent all day at Edgerton making the robot. Wheels have been mounted and dribbler is almost finished. We need to get together tomorrow and finish the last small details to complete the mounting of sensors and the ball storage space.

Day 12 Jan 14th Second mock contest. We spent all morning trying to finalize the details to make the robot operational for the mock. After many improvised solutions to our robot we competed in the mock and managed to collect 4 balls using only a random walk. We especially liked the aggressiveness of the robot.